When The Juice is worth the Squeeze.

People stay in unhappy and abusive marriages for fear of not having enough funds to pay for legal fees or match their spouses’ legal muscle. We unpack the detail of the law, how to ensure that both parties are equally well represented and how to manage the allocation of fees.

It is a predominantly male focused bias in heterosexual marriages whereby the husband has the clout, more often than not as a result of being a primary breadwinner, to arm himself to the teeth with legal counsel.
In the circumstance of the couple having children, this is further complicated with maintenance matters pertaining to those children, and often a fear on the part of the lower earning parent that they will not be awarded their fair share of should they not have means.

Realistically, not unlike trading stock, the margin or leverage does begin at a high price for both parties, however it is possible for costs to be mitigated in the agreement and in careful selection of council. The law is intended to be fair and allows for all parties seeking divorce the ability to do so, it is just not always simple. It’s essential to arm yourself with the tools and checks to ensure that the balance remains.

It is of critical importance to keep in mind that the exercise of the discretion in awarding the interim costs order, has nothing to do with the fact that the applicant may finally lose the impending divorce action, or the separated issue. Instead, it has everything to do with attaining the ends of justice and offering constitutional protection to a spouse who requires it.

Your spouse earning more than you or being the primary provider should not stop you from getting a divorce and retaining good legal representation including counsel to fight for you. The law facilitates an even playing field so that neither party is more advantaged.

A couple that started their divorce proceedings on 9 February 2016. In July 2019 the wife applied to the court for the husband to contribute towards her legal costs as the fees had the potential of running into millions.
When the court read the papers it was clear that the husband’s worth was significant. It was also evident that was a big disparity in financial resources between husband and wife. This was even more evident by the fact that the husband had two legal counsel and an attorney and the wife was only represented by one counsel and an attorney. This, amongst other factors, was a stark reflection of the inequality between the parties caused by means, or lack thereof, to finance the litigation.
The court directed that the husband pays, on or before 30 September 2019, a contribution of R750 000 towards the legal costs incurred by the wife to date in the divorce action. The court said that the husband’s argument that the wife would ultimately receive a sizeable settlement was not a relevant consideration when considering her application for a cost contribution from him.

The aim of interim orders pending the trial of the divorce action are to relieve the economically disadvantaged spouse from economic hardship.  They are meant to level the playing field, so that both parties are equally able to make well informed decisions regarding settlements or to progress the divorce to trial, and are not governed by fear or time and money constraints. There are few things more anxiety provoking than a ticking clock racking up costs.

Bear in mind that, in terms of Rule 43, the wife is not entitled to having her husband cover all her legal costs, but only a contribution towards the costs.

Don’t bite the hand that shakes yours. How binding is a settlement agreement?Articles 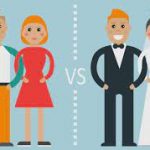