Living together, not legally married? Cohabitation, from a legal perspective.

There is an ongoing debate when it comes to the concept of marriage. Some people consider it outdated, some say it is stifling and others see it as unnecessary, making cohabitation a more attractive option for many.

The common definition of Cohabitation is, “A relationship between two individuals (of the opposite, or same sex) living together in a domestic relationship, on a permanent basis, like a typical married couple but in fact, are not legally married to each other.”

However, cohabitation is not recognised as a legal relationship by the South African Law despite a common misconception that after 7 years you become common law spouses.

While In addition to regular marriage, Australia, Brazil, and 11 US states recognize common law (or de facto) marriage, this is not the case in South Africa

High Court in 2014, Bwanya v Master of the High Court and Others. The surviving partner attempted to institute a claim against her deceased partner’s estate.

Their relationship showed all the qualities of a monogamous permanent domestic relationship. To prove her point, Ms. Bwanya told the court that they intended to marry and start a domestic cleaning business. Because she was not mentioned in the Will, her inheritance claim against her deceased partner’s estate was denied.

Furthermore, as far as unmarried life partnerships are concerned, no legal obligation exists.

What can you claim?

It is possible for such persons to inherit in terms of intestate succession, as they now qualify as intestate heirs but on the other side of the scale, unfortunately, as a surviving life partner, they cannot claim maintenance in terms of the Maintenance of Surviving Spouses Act 1990. This case is undoubtedly an eye-opener and proves how important it is, to explore the legalities of cohabitation.

It is advisable for couples who want to live together, to invest time in seeking legal advice, to formulate a legally sound cohabitation agreement. 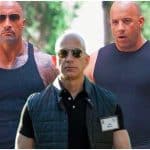 When The Juice is worth the Squeeze.Articles 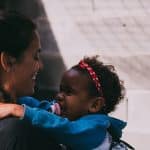