Don’t bite the hand that shakes yours. How binding is a settlement agreement?

While settlement agreements go a long way to cover future based circumstances, parties are well known to have a change of heart down the line.

A recent retiree approached the court to be released from his obligation to pay his ex-wife’s medical aid. Despite their divorce settlement stating he would until her death, remarriage or until she had secured her own medical aid, he deemed it time to shuffle the guard rails .

His  argument was that had received his pension pay-out, and his ex-wife had received her portion of as per the settlement agreement. He also argued that  she was employed and could, therefore ( anecdotally) afford her own medical aid.

Given his change in circumstances, he felt entitled to a ‘clean break’.

The Decision of the Court

The court ruled that both parties were bound to the settlement agreement they had signed, regardless, and none of the contractual terms had been fulfilled.
The court held that his retirement status, along with his ex-wife’s improved financial position, do not constitute good cause for a variation or dismissal of the agreement.

Family Law can be complicated, and both parties need to ensure that the agreement isn’t  unfair or unworkable agreement for the foreseeable future.

The court had not been  persuaded that the “good cause” threshold had been discharged.

The court cannot interfere in the signed arrangement by changing one component whilst leaving the rest of the agreement intact.

The court cannot make new contracts for the parties; it must hold them to bargains into which they have deliberately entered”.

In light of this , it is vital that both parties are satisfied with the terms of the settlement agreement. Ideally, both divorcing parties need to each retain a lawyer to help them understand what they are agreeing to.

‘In considering whether sufficient reason exists for a variation of the present maintenance order has been shown, it is important to bear in mind that the order in question is contained in a consent paper, which was made an order of court at the time of the divorce…’

‘As such it constitutes a composite final agreement entered into between the parties, purporting to regulate all their rights and obligations enter se upon divorce.  For the court now to interfere in that arrangement by varying one component of the agreement, while leaving the balance of the agreement intact, would fly in the face of the time-hallowed principle that “the court cannot make new contracts for the parties; it must hold them to bargains into which they have deliberately entered”.  The principle of pacta sunt servanda is equally relevant in this context’

Mandy is an internationally accredited mediator and accepts briefs for both commercial and family law matters. Mandy is in the process of attaining accreditation as an arbitrator with the Association of Arbitration and is a member in good standing. Mandy is a longstanding fellow of the International Association of Family Lawyers and is frequently consulted on international matters. 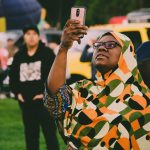 Does my social media have to be POPIA compliant?Articles

When The Juice is worth the Squeeze.Articles