The tragedy is that it will not, however, mitigate the fallout for individuals who have been targeted as a result of a partner sharing their intimate images. The consequent emotional and reputational damage associated with being exposed without consent has caused a significant rise in the escalation of personal shame, loss of income and often suicide – on a global scale – in the name of ‘revenge’.

The proposed Act creates the new criminal offence by setting out that:

“Any person (“A”) who unlawfully and intentionally makes available, broadcasts, or distributes, by means of a computer system, a data message of an intimate image of a person (“B”) without the consent of B is guilty of an offence.”

Below are examples of common scenarios, outside of outright naming and shaming through use of clearly identifiable images, which contravenes the new proposed Act.

Kris posts an intimate video of Bev without her consent on social media. The audience cannot clearly make out that it is Bev in the video. However, Kris tags Bev and writes a comment that links the image to Bev. In so doing, Kris alleges that the person in the intimate video is Bev.

Amber takes a provocative photograph of her nude body showcasing her new tattoo on her breasts whilst standing in her living room and sends it to her boyfriend, Tim. One month later Amber & Tim break up and Tim then decides to share the intimate image with his friends on social media. Amber’s face was not in the image nor did Tim insert any captions, comments or descriptions linking the image to Amber, but Tim’s audience is able to identify that Amber is the person in the image as they were able to identify her tattoos and/or surroundings as they have been to her house for dinner parties on a number of occasions.

If a person is found guilty of committing the offence, one can be liable on conviction to a fine or imprisonment for a period not exceeding 3 years or, to both a fine and such imprisonment.

Chanelle van Tonder is an Associate at Mandy Simpson Attorneys. She has general litigation experience in the High Court and the Magistrate Courts, and an interest in consumer protection law and e-law and cybersecurity. 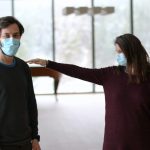 The relevance of the COVID-19 Pandemic with adultery was removed as grounds for divorceArticles, Divorce, Child and Family Law 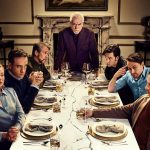 The effects of Divorce on a WillArticles, Divorce, Child and Family Law