A precedent setting judgement on parenthood was made in the Gauteng High Court where it was ruled that the grandmother of a child should benefit from the estate of a child she looked after and not the father, in terms of the Intestate Succession Act. Judge Jody Kollapen who wrote the judgement focused on the term ‘parent’ and the interpretation thereof as contained in the Intestate Succession Act.

The child in the matter had cerebral palsy and passed away at the age of five leaving around R15 million which was paid out by the Department of Health for future care because of negligence during his birth. The child’s mother, father and his maternal grandmother all laid a claim against the estate.

The grandmother left her job as a hairdresser to become the child’s full-time caregiver. Not only was she the boy’s sole provider, but she also provided for the boy’s unemployed mother who suffered from depression. The boy’s father had not been involved in the child’s life in any way and had not seen the child since he was six months old.

Attorney, Dimakatso Motaung says, “The claims triggered very important discussions relating to the meaning and context of what a parent can be understood to be. The law is finally bringing to light that more than one type of family exists.”

Before the child died, the Gauteng High Court had granted the grandmother and the mother parental responsibilities and rights and terminated the fathers’ rights over the child. It was during these proceedings where the grandmother gave the court details about the child’s constant need for care as he had impaired vision, was unable to sit unaided or feed himself amongst other things.

The Act in practice

After the child died the inheritance issue had to be decided. Judge Jody Kollapen said the Intestate Succession Act was open to interpretation in its referral to parents besides the fact that it may seem to be centred around the issue of blood. He noted the fact that the father had elected to have nothing to do with the child because of his disability. The judge said that it would not make sense to limit the understanding of a parent to the biological or natural parent.

Judge Kollapen ordered that the mother and grandmother should inherit the R15 million estate in equal shares.

According to Judge Kollapen, the grandmother deserved to be called a ‘true parent’. He also mentioned how grandparents, specifically grandmothers, have played a dominant and defining role in millions of peoples’ lives. 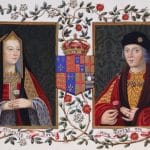 10 Things to do in preparation for a mediationArticles, Divorce, Child and Family Law 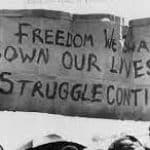 June 16th – Do the youth have a reason to celebrate?Articles, Divorce, Child and Family Law