Dating back nearly 50 years, since adultery was removed as grounds for divorce in the Divorce Act, we look at where that leaves an innocent spouse in 2021. Where previously it was acceptable to claim alienation of affection or enticement or adultery, there remain only two options; one being the inevitable breakdown of a marriage, and the other mental illness or a continuous unconscious state.
.
What is significant about these terms during COVID-19, extended lockdown and restrictions on travel, is that these can contribute to irretrievable breakdown if the couple has not lived together for a year or more.

Citing irreconcilable differences is the workaround on adultery, and with the increasing rate of mental stress being recorded, having a partner who has been admitted to a facility in terms of the reception order, claims for divorce on these particular grounds may have increased significantly since adultery was removed as ground of divorce

Grounds for divorce in South Africa
There are only two grounds that the court considers when granting a divorce, they are

A court may grant a decree of divorce on the grounds that the defendant is, by reason of a physical disorder, in a state of continuous unconsciousness, if it is satisfied that: 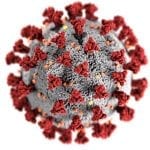 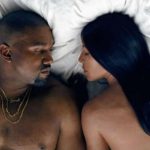