Is Corporal Punishment Allowed in SA?

Is Corporal Punishment Allowed in SA? The simple answer is no. No form of corporal punishment is legally permissible in South Africa. This question was put to bed by the 2019 Constitutional case of Freedom of Religion South Africa v Minister of Justice and Others.

On the 18th of September 2019, in the case of Freedom of Religion South Africa v Minister of Justice and Others, the Constitutional Court handed down judgment in an application for standing and leave to appeal against a High Court order declaring the common law defense of moderate and reasonable chastisement unconstitutional and invalid.

The fourth respondent in the case, YG, had previously been convicted of assaulting his 13 year old son, something the High Court had upheld, finding the common law defence of moderate and reasonable chastisement unconstitutional on the grounds that it violates the child’s right not to be discriminated against on the basis of age, equal protection of the law, dignity, freedom from all forms of violence and degradation, and bodily and psychological integrity. The application to challenge the High Court’s order in the Constitutional Court was brought by FOR SA, who “believe that the scriptures and other holy writings permit, if not command, reasonable and appropriate correction of their children”.

The Global Initiative to End All Corporal Punishment of Children, the Dullah Omar Institute for Constitutional Law, Governance and Human Rights and the Parent Centre were admitted as friends of the Court.

In a unanimous judgment, Mogoeng CJ (with Basson AJ, Cameron J, Dlodlo AJ, Froneman J, Goliath AJ, Khampepe J, Mhlantla J, Petse AJ and Theron J concurring) reasoned that, because children may still be effectively disciplined without resorting to moderate and reasonable chastisement, less restrictive means to achieve discipline are available. Therefore, the common law defence of reasonable and moderate parental chastisement is inconsistent with the provisions of sections 10, 12(1(c), and 28(2) of the Constitution.

The Constitutional Court found that “the right to be free from all forms of violence from both public and private sources includes violence in the form of reasonable and moderate chastisement…and…the right to dignity means that children are independent and autonomous right holders who may not be subjected to shameful and undignified treatment.”

This judgment was indeed good news, considering that corporal punishment is one of the key drivers of the high levels of violence against children in South Africa. Findings from the Birth to Twenty Plus study – which followed more than 2 000 children in Soweto from birth to 22 years old –  show that 50% of younger children have experienced violence in the home, most often through physical punishment by parents. The study stated that “in adolescence, the proportion of children who have experienced violence in the home increases to 83%.”

The court acknowledged the intergenerational cycle of violence, saying that South Africa has “a painful and shameful history of widespread and institutionalised violence”.

This ruling coincided with South Africa’s National Gender-Based Violence and Femicide Strategic Plan: Draft, which was produced by the Interim Steering Committee established in April 2019 to respond to the gender-based violence and femicide crisis following the historic 2018 Presidential Summit on this subject. It also coincided with the passage through Parliament of the third amendment to the Children’s Act 38 of 2005.

CONTACT US
SERVICES
attorneys bellville, Bellville, can I give my child a hiding, can my child report me for hitting them, children, divorce lawyer bellville, hidings, how old does a child have to be to be an adult, is corporal punishment allowed at school, lashes, lawyer bellville, lawyers near me, simpson attorneys, simpsons attorneys, Simpsons Attorneys Bellville, smack with ruler, when is corporal punishment ok
Recommended Posts
Recent Posts
Categories
Archives 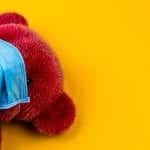 Maintenance obligations based on a Court Order | Covid-19Articles, Divorce, Child and Family Law